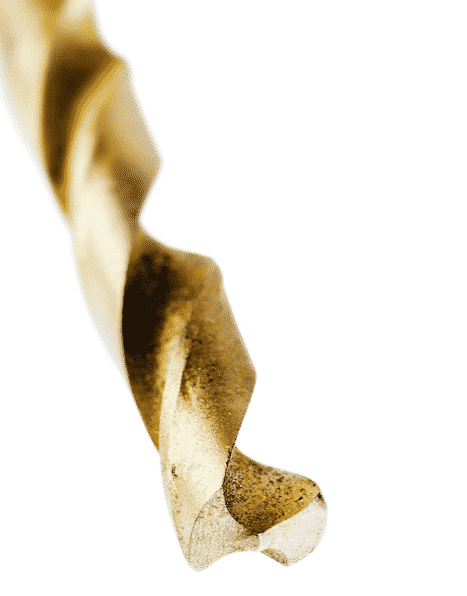 In a previous article, I wrote about the damage incurred by solid carbide twist drills when spotting with incorrect angles – compared to the angle on the drill. There, I mentioned that the damage will most often lead to the drill cutting in a spiral. If trouble is then encountered during a later, subsequent process, such as when using a tap or reamer, trouble-shooting will oftentimes be focused on the tool while the quality of the hole is likely to be the real culprit. 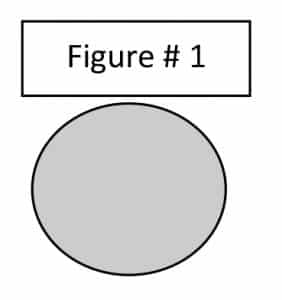 If the process used a 3/8” diameter drill, you’ll want to use a .375” gage pin and see if it fits into the hole. You might find that as the pin begins to enter the hole it only reaches a short distance. You may try a .373” gage pin and find it goes deeper but still stops and that not until you get a .371” gage pin do you get a pin to go through the entire length of the hole. The common conclusion is that the drill is cutting undersize when in essence it’s not cutting straight.

If you used a small hole gage as seen in Figure #3 (or a telescoping gage on larger holes) you would most likely measure the hole to be the same size as the drill as you can snake this type of measuring device through the spiral.

If a solid object such as the gage pin can’t maneuver itself thru the spiraled hole, it only makes sense that other solid objects such as a tap or teamer will have some difficulty also. These tools are designed to “follow the hole” and produce a thread or a precision hole diameter.  Thread gages will show a poor quality hole. Taps break, especially if it’s a deep thread. Reamers cut with varying tolerances.

Remember, if the same damaged drill continues to be used, the damage is increasing every time it makes contact with the incorrect spot angle.

Often seen in the next phase of troubleshooting the tap or reamer issue is the old reliable “floating holder”. Those things always fix the problem……right? Not really. They are simply expensive gimmicks. Don’t get me wrong, floating holders are the exact choice for some processes, but not as a fix. Floating holders are very successful in older/manual machines that utilize alignment pins which are typical on old manual turret lathes.

Tapping sometimes requires a tension style holder (machine feeds slightly slower than the tap) which allows the tap to freely cut by using the thread pitch of the tap to enter deeper into the hole instead of being jammed into the hole or while involved in a rigid tapping process. Once again, don’t get me wrong. Rigid tapping is a wonderful thing. But as machines begin to wear, the synchronization between the ball screws, spindle directions, and the acceleration/deceleration of feeds can cause problems.

Keep your patience and focus while troubleshooting poor processes. Your emotions can overtake your common sense during this time. Start at the beginning -in this case, the spot drill. Use a spot drill with a blunter angle than the drill point. Make sure the hole is straight and on size, and more often than not your tap and reaming issues will be a thing of the past. Plus, a newly acquired increase in the drill’s life will decrease costs.

Jim Rowe is currently a Regional Sales Manager for Arch Global Precision, covering Indiana, Ohio and Kentucky. Jim has over 20 years of shop experience working as a manual machinist, CNC programmer, and setup and machine operations, with 18 years of cutting tool sales from a technical aspect. Jim has also worked as a freelance developer, creating the Machinist Journeyman, an iphone and android app, and the Machine Shop Calculator, a Casio based calculator.